A picture book for dad to read to his daughter:

An enchanted dragon takes care of a maiden. He defends, protects, and provides for her. The maiden feels safe with the dragon, while he defends her from knights who seek to steal her for their own gain. A unique knight comes on the scene, seeking to treasure the girl as much as the dragon does, which causes the dragon’s true form to appear.

Dragons are well known to be protectors.  They are also known to possess the greatest treasure in the land.  Tales have been told of dragons with maidens held captive in the tower of a castle, for centuries, but what if we reverse the idea? How about a maiden that is not held against her will, but feels protected, and taken care of, by the dragon?  …who feels treasured by the dragon?

A Magnificent Treasure is a reorienting of a tale that involves a dragon, a maiden, and a knight, but this time the motivations have changed.  Dad, it’s time to enjoy the pleasure of reading to your daughter(s) in a new way, while endearing the idea of how much you value them into both of your hearts.  This concept changed my relationship with my daughters before I had even written it down!

Take the time to read A Magnificent Treasure to your daughter(s), and start building her up, in her identity and her security, in who she is, with quality time together as a built-in benefit! 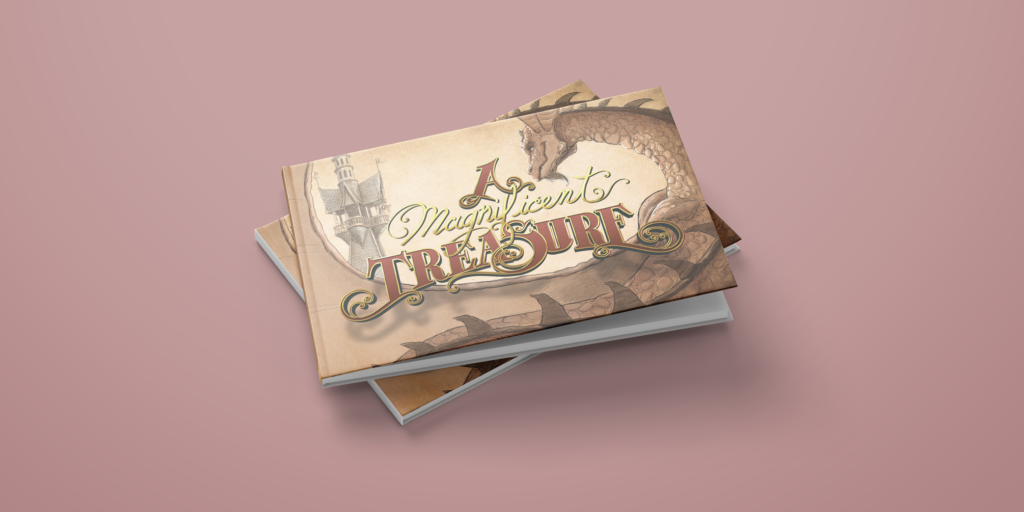 A Magnificent Treasure is the story of a young maiden, in a tower, guarded by an enchanted dragon.  Only this time the maiden is not held against her will.  The dragon defends, protects, and provides for her, “For dragons are well known to be great protectors, and their strength is especially fierce when they are protecting their treasure.”

A pompous knight attempts to claim the maiden as his prize, and the dragon defeats him, as he has numerous times before.  Then a young, humble, knight appears.  The young knight asks for the ability to treasure the maiden, just as the dragon has these many years.  This causes the dragon’s true form to be revealed, and we discover that the dragon is actually her father who had placed a spell on himself in order to protect his daughter.

The young knight is then given the hand of the maiden and they live “happily ever after.”

3 reviews for A Magnificent Treasure